Joseph Alulis is a professor of politics and govern­ment at North Park University, Chicago. He earned his PhD in political science from the University of Chicago with a dissertation on Alexis de Tocqueville. He has published a number of articles on Shakespeare as a political thinker, most recently, “The Very Heart of Loss” (2012) on Antony and Cleopatra, and is co-editor of a collection of critical essays entitled Shakespeare’s Political Pageant (1996). He is also an instructor in University of Chicago’s Graham School, Continuing Liberal and Profes­sional Studies. 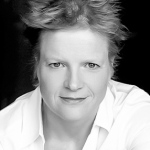 David Bevington is the Phyllis Fay Horton Distinguished Service Professor Emeritus in the Humanities at University of Chicago, where he has taught English language, literature and compara­tive literature since 1967. He earned his BA, MA and PhD degrees from Harvard University. Dr. Bevington is one of the world’s eminent Shakespeare scholars. His numerous publications and editions include: Murder Most Foul: “Hamlet” Through the Ages, Shakespeare and Biography, This Wide and Universal Theater: Shakespeare in Performance Then and Now, Action Is Eloquence: Shakespeare’s Language of Gesture, The Bantam Shakespeare, The Complete Works of Shakespeare, and the Norton Anthology of Renaissance Drama.

Katie Blankenau is a doctoral student in English literature at Northwestern University. She special­izes in early modern drama and theater history, with a particular interest in hospitality and privacy on the early modern stage. She received her MA from Southern Methodist University,
her BA in English and a BS in journalism
from the University of Kansas. 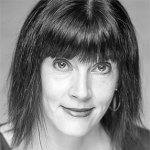 Regina Buccola is a professor and the chair of the Department of Literature and Languages at Roosevelt University in Chicago, where she also serves as core faculty in Women’s and Gender Studies. She has published several books on early modern British drama and culture, most recently as editor of A Midsummer Night’s Dream: A Critical Guide and co-editor, with Peter Kanelos, of Chicago Shakespeare Theater: Suiting the Action to the Word. Recent journal publications have appeared in Medieval and Renaissance Drama in England and Borrowers and Lenders: The Journal of Shakespeare and Appropriation. She serves as the scholar-in-residence at Chicago Shakespeare Theater, and is one of the Midwest Ameri­can reviewers for the online journal, Reviewing Shakespeare. 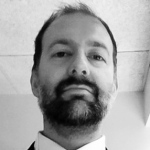 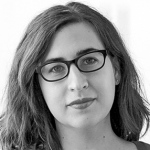 Gina Di Salvo is an assistant professor of theatre history and dramaturgy at the University of Tennessee. She is also a professional dramaturg and an Artistic Associate of Sideshow Theatre Company in Chicago.

Wendy Doniger [O’Flaherty] is the Mircea Eliade Distinguished Service Professor of the History of Religions at the University of Chicago. She earned her BA at Radcliffe College, her PhD from Harvard University, and a DPhil from Oxford University. She is the author of over forty books, most recently The Woman Who Pretended to Be Who She Was (2005), The Hindus: An Alternative History (2009), On Hinduism (2013) and Hinduism in the Norton Anthology of World Religions (2015).

Timothy J. Duggan is an associate professor of Education at Northeastern Illinois University in Chicago, where he teaches English education and English courses, including Shakespeare, and coordinates a partnership between the University and Amundsen High School. He earned his EdD in curriculum and instruction from the University of South Dakota, his MA in English literature from the University of Nebraska and his BA in English literature from University of California at Santa Barbara. He is the author of three books, including Advanced Placement Classroom: Hamlet and Advanced Placement Classroom: Julius Caesar from Prufrock Press.

Rebecca L. Fall is a visiting assistant professor in the Department of English at Northwestern University, where she teaches courses on Renais­sance literature and media history. She is currently writing a book on nonsense writing, clownish language and silly jokes in sixteenth- and seventeenth-century English literature. Her re­search has been supported by several nationally competitive fellow­ships, including the Mellon/ACLS and Mellon-CES Dissertation Comple­tion Fellow­ships. Rebecca holds a PhD and an MA in English from Northwestern University, and a BA in English from the University of Virginia.

Verna Foster is a professor of English at Loyola University Chicago, where she specializes in modern drama, dramatic theory and Shakespeare.
She holds her PhD, MPhil and BA in English from University of London. Her publications include a book on tragicomedy, as well as numerous articles.

Richard Gilbert is a doctoral student in the English department at Loyola University Chicago. His research focuses on representations of violence in the theater, as well as adaptations and versionality. He holds an MA in humanities from University of Chicago, and a BA in theater from Brandeis University.

Cherrie Gottsleben is a doctoral student of early modern British literature at Northern Illinois University, where she is also undertaking undergraduate studies in French. Her areas of interest include Shakespearean politics of identity, John Milton, and the religio-political pamphlet wars of seventeenth-century Britain. Her interests in theory focus on the thought of Michel de Certeau, René Girard, Michel Foucault and Tzvetan Todorov. She holds an MA in English from Northeastern Illinois University.

Kyle Haden is an assistant professor of theatre at Carnegie Mellon University in Pittsburgh, as well as a professional actor and director, and the artistic director of the Ashland New Plays Festival in Ashland, Oregon. He holds his MFA from Columbia University in New York and his BA from Wake Forest University.

Clark Hulse is a professor emeritus of English and art history at the University of Illinois at Chicago and chair of the Board of Directors of the Chicago Humanities Festival. He is author of numerous books and articles about Shakespeare, Renaissance literature and visual culture. Hulse is a Guggenheim and NEH Fellow and curator of the award-winning exhibition Elizabeth I: Ruler and Legend at the Newberry Library.

Andrew S. Keener is a doctoral candidate in English at Northwestern University, where he researches drama, literary translation and the publication and use of bilingual dictionaries and grammar books in Renaissance England. He also has interests in rare book exhibit curation and computational approaches to language and lit-erature. He holds an MA in English from North Carolina State University and a BA in English from Boston College. 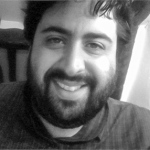 Ira S. Murfin is currently completing his doctorate in the Interdisciplinary PhD in Theatre & Drama at Northwestern University. His research focuses on the relationship between language, perfor­mance, and media across arts disciplines in the post-1960s American avant-garde. He holds an MFA in writing from the School of the Art Institute of Chicago and a BFA in playwriting from New York University. 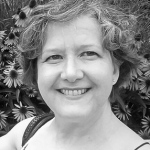 Lori Humphrey Newcomb is an associate professor in the department of English at the University of Illinois at Urbana-Champaign. Her research puts Shakespeare’s plays in dialogue with other printed books of the era. She earned her MA and PhD in English at Duke University and her BA in British Studies at Yale University.

Martha C. Nussbaum is the Ernst Freund Distinguished Service Professor of Law and Ethics at University of Chicago, appointed in the philosophy department and the law school. She writes on ethical and political philosophy, the history of Greek and Roman philosophy, feminism, gay rights and the nature of the emotions. She is the 2016 winner of the Kyoto Prize in Philosophy and the 2017 Jefferson Lecturer in the Humanities. She received her MA and PhD from Harvard, her BA from New York University and fifty-six honorary doctorates from universities in various countries.

Cynthia Rutz is an instructor and past chair of University of Chicago’s Basic Program of Liberal Education, a great books discussion program for adults. She also teaches at and is director of faculty development for Valparaiso University. She earned her PhD from the University of Chicago, with her dissertation on Shakespeare’s King Lear and its folktale analogues. She received her BA in mathematics and philosophy from St. John’s College, Santa Fe, New Mexico.

Lise Schlosser is a doctoral candidate at Northern Illinois University completing her dissertation on narrative and crisis in the early seventeenth century in England. Her research interests include Shakespeare and early modern drama, perfor­mance studies, gender studies and metaphor. She holds her MA in English literature and her BA in anthropology from Northern Illinois University. 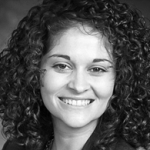 Elizabeth Elaine Tavares is an assistant professor of Medieval and Renaissance Literature in the English department at Pacific University. Special­izing in Shakespeare and Tudor drama, her research foci include playing companies, theater history and performance. Her publications have appeared in Shakespeare Bulletin and Shakespeare Studies among others. She currently serves as scholar-in-residence with the Original Practice Shakespeare Festival in Portland, Oregon. She holds advanced degrees in English Literature and History from DePaul University and the University of Illinois at Urbana-Champaign.

Alfred Thomas is a professor of English at the University of Illinois at Chicago, where he teaches courses on medieval and Renaissance literature. He has published eight books, including A Blessed Shore: England and Bohemia from Chaucer to Shakespeare (2007), Prague Palimpsest: Writing, Memory and the City (2010), Shakespeare, Dissent, and the Cold War (2014), and Reading Women in Late Medieval Europe: Anne of Bohemia and Chaucer’s Female Audience (2015). His new book project is tentatively titled Maimed Rights: Shakespeare, Religion, and the Middle Ages.