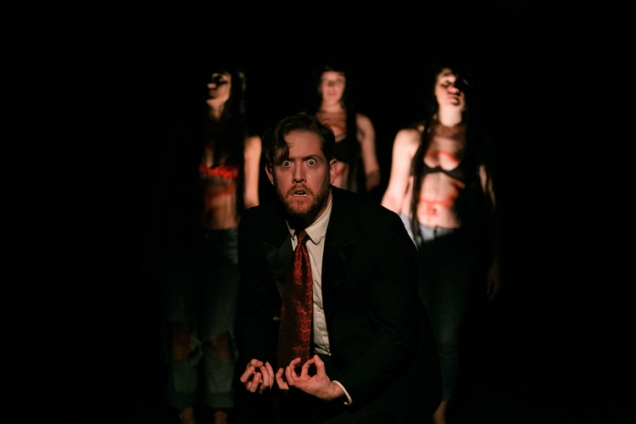 This production of Shakespeare’s Macbeth is the fruitful culmination of a yearlong collaboration between Melissa Lorraine’s Theatre Y and the French actor-director Georges Bigot, a major figure in Ariane Mnouchkine’s famous Théâtre du Soleil. Mr. Bigot brings to this new staging of Macbeth an unapologetically dystopian vision of our contemporary political reality: “In this very fragile moment in the USA, I propose in the city of Chicago to share an underground nightmare. The [US] election is a time where we can [approach] a lot of themes…. Manipulation, power, truth, lie, shadow, light…. And also fear.”

Macbeth was written with a kind of frenzied haste during the nightmare of the Gunpowder Plot of November 1605 and its bloody aftermath. The failed attempt by a group of disaffected Catholic gentlemen to assassinate King James I of England (James VI of Scotland), his family, government, and the entire political establishment by blowing up the parliament house was an exercise in terrorism avant la lettre. If it had succeeded, the plot would have killed hundreds of people and destroyed all the buildings within a 500-yard radius of the parliament house, including Westminster Abbey and Westminster Hall. The horror of 9/11 inevitably comes to mind.

But if the plot itself was nightmarish, the fallout was even more so. The surviving plotters were captured, tortured, and executed in two batches, hanged, drawn and quartered in a grisly public ritual that haunts Macbeth from beginning to end. “Till he unseam’d him from the nave to th’ chops” (1.2.22) was the way the plotters were eviscerated while they were still alive, their bodies slit open and their entrails pulled out and burned in front of their very own eyes. The severed heads of the condemned were then mounted on poles and displayed on London Bridge for the purpose of public deterrence, as echoed in Macduff’s jeering threat to Macbeth:

Then yield thee, coward,
And live to be the show and gaze o’th’time:
We’ll have thee, as our rarer monsters are,
Painted upon a pole, and underwrit,
‘Here may you see the tyrant’

What makes these lines so subversive is that they effectively switch the roles of perpetrator and victim: instead of the plotters’ heads placed on display, Macduff imagines that of a tyrannical king being held up for public mockery and scorn. This equivocal treatment of words—saying the same thing with directly opposite intention—goes to the very heart of the play. Macbeth is not just about violence; it is above all about the violence enacted on language in which opposites (foul/fair, truth/lie) collapse inward on each other and how language and violence are interconnected. Equivocation is the key to the play’s obsession with doubling and double meanings. It was a word that resonated throughout Shakespeare’s London after the failure of the Gunpowder Plot. The trial and execution of the Jesuit leader Henry Garnet, who was accused of being an accessory to the plot, brought to light his infamous Treatise on Lying and Dissembling, which justified the use of equivocation in the extreme cases of interrogation and torture so that the suspect could sidestep incriminating himself and others.

What a close reading of the play yields is that equivocation is not the exclusive practice of the Weird Sisters but of all the characters, including “gracious” King Duncan who promises to promote Macbeth in one breath (“I have begun to plant thee, and will labor / to make thee full of growing”) and designates his son heir to the kingdom (Prince of Cumberland) in the next. Equivocation, Shakespeare seems to suggest, is the inevitable default position of everyone in a society where telling the truth can be dangerous, even fatal and where lying has become the modus operandi of all and sundry.

All this makes Macbeth both universal and topically applicable to our current world of political spin and cover-up. The e-mails hacked by WikiLeaks have revealed Hillary Clinton’s double-talk of saying one thing to Corporate America and the exact opposite to the American public, while the threat of real post-election violence lurks below the surface of Donald Trump’s bombastic speeches. Political discourse has become seemingly polarized. Both presidential candidates trade insults back and forth, pivoting away the moment they are put on the spot. Evasiveness and deceit from politicians and the mainstream media outlets alike are on constant display as naked techniques for the cynical manipulation of power. An increasingly restive and disillusioned electorate is confronted with spin and counter-spin. Subterfuge trumps substance, rhetoric usurps reality.

This is what Georges Bigot means by the “underground nightmare” of Macbeth, a play in which language and violence are never far apart. It is a nightmare that has its historical origins in the religious politics of Shakespeare’s England in which a propaganda war was waged between a beleaguered Protestant government and Catholic dissidents spearheaded by underground Jesuits. But it is a nightmare that is still with us, played out discursively in the endless spin and partisan punditry of CNN and Fox News. Bigot brings to these topical concerns a visceral power by giving us a vibrant modern-day dress production of the Scottish Play in which politics, language and sex go hand in hand. Powerful women loom large in this world where fragile masculinity is under constant threat from empowered femininity, personified by the Witches and Lady Macbeth. Like Hillary Clinton in debate with her Republican opponent—most recently, likening Trump to a puppet of Russian President Vladimir Putin—Lady Macbeth taunts and goads her husband by questioning his manhood: “When you durst do it, then you were a man” (1.7.48). The Weird Sisters are similarly gutsy, emanci­pat­ed young women in torn jeans with female gender symbols painted on their bellies. They are more anarchic than scary, devil-may-care feminists who revel in their diabolical mischief. Even the drunken Porter (perhaps the most subversive character in the entire play) is cast as an inebriated corporate party girl holding a champagne bottle in one hand and her high-heel shoes in another. As Macduff chides her with the line, “Was it so late friend, ere you went to bed that you do lie so late?,” we see her relieving herself behind a wall, a clever example of the triple meaning of the word Elizabethan word “lie” (tell an untruth, be recumbent, urinate).

The epitome of the feminine control of language in the play, Lady Macbeth (Katie Stimpson) is a tall, powerful femme fatale, who enters smiling and dancing in a Japanese kimono to the sardonic strains of the classic song “Que serà, serà.” There is a wonderful resonance here of Christopher Marlowe’s Doctor Faustus, a similar drama about an overreacher who reads words too literally:

If we say that we have no sin
We deceive ourselves, and there’s no truth in us.
Why, then, belike we must sin and consequently die.
Ay, we must die an everlasting death.
What doctrine call you this? Che serà, serà?
What will be, shall be? Divinity adieu! (Puts down Bible.)[1]

The heavily ironic implications of this song (“The future is not ours to see”) prepare the ground for the internally conflicted monologues of Macbeth (Brendan Mulhern), trapped between free will (“We still have judgment here”) and predestination, lingering doubts about the Witches’ prognostications and a desperate need to take them at literal face value. In the end, like Faustus, Macbeth rejects the Catholic faith for Calvinist fundamentalism—with the inevitable violent consequences of taking truth too literally.

New to the classical repertory, Mr. Mulhern brings his background in comedy and improvised theater to bear in an impressive, high-energy performance shot through with moments of grim humor—whether he is leading his guests to the coronation banquet in a song-and-dance routine or strapping on his armor and then taking it off again in a fit of comic indecisiveness. His soliloquies constantly transform him from a smiling self-confident man of the world into a grimacing, anguished monster, the inevitable Janus face of power politics. The Banquo ghost scene is a model of choreographed ensemble acting as Mulhern/Macbeth veers violently between a carefree hedonist and an anguished victim of his own nightmares. I have never seen a more convincing portrayal of power unraveling before our very eyes, the nightmare that lurks below the smiling brittle facade of the homo politicus.

Other strong performances were also on display: Héctor Álvarez as a diminutive but indomitable Malcolm; the physically impressive Arch Harmon as King Duncan, and Katie Stimpson as a terrifying yet sympa­thetic Lady Macbeth. Mr. Bigot’s prodigious experience as an actor in the French theater makes for a tightly controlled, cohesive production. He has harnessed the creative energy of these young Chicago actors and transformed what might so easily have been an uneven set of performances into a disciplined ensemble cohesion. Enhanced by witty musical interludes and the creative use of chiaroscuro lighting and dramatic sound effects, this vibrant new production of Macbeth highlights the play’s inexorable downward spiral from military triumph to political ruin, from the dream of worldly success to the nightmarish reality of tyranny in which lies have usurped truth and equivocation seems to be the only means of survival. 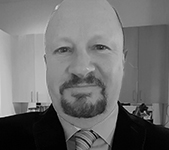 Alfred Thomas is a professor of English at the University of Illinois at Chicago, where he teaches courses on medieval and Renaissance literature. He has published eight books, including A Blessed Shore: England and Bohemia from Chaucer to Shakespeare (2007), Prague Palimpsest: Writing, Memory and the City (2010), Shakespeare, Dissent, and the Cold War (2014), and Reading Women in Late Medieval Europe: Anne of Bohemia and Chaucer’s Female Audience (2015). His new book project is tentatively titled Maimed Rights: Shakespeare, Religion, and the Middle Ages. 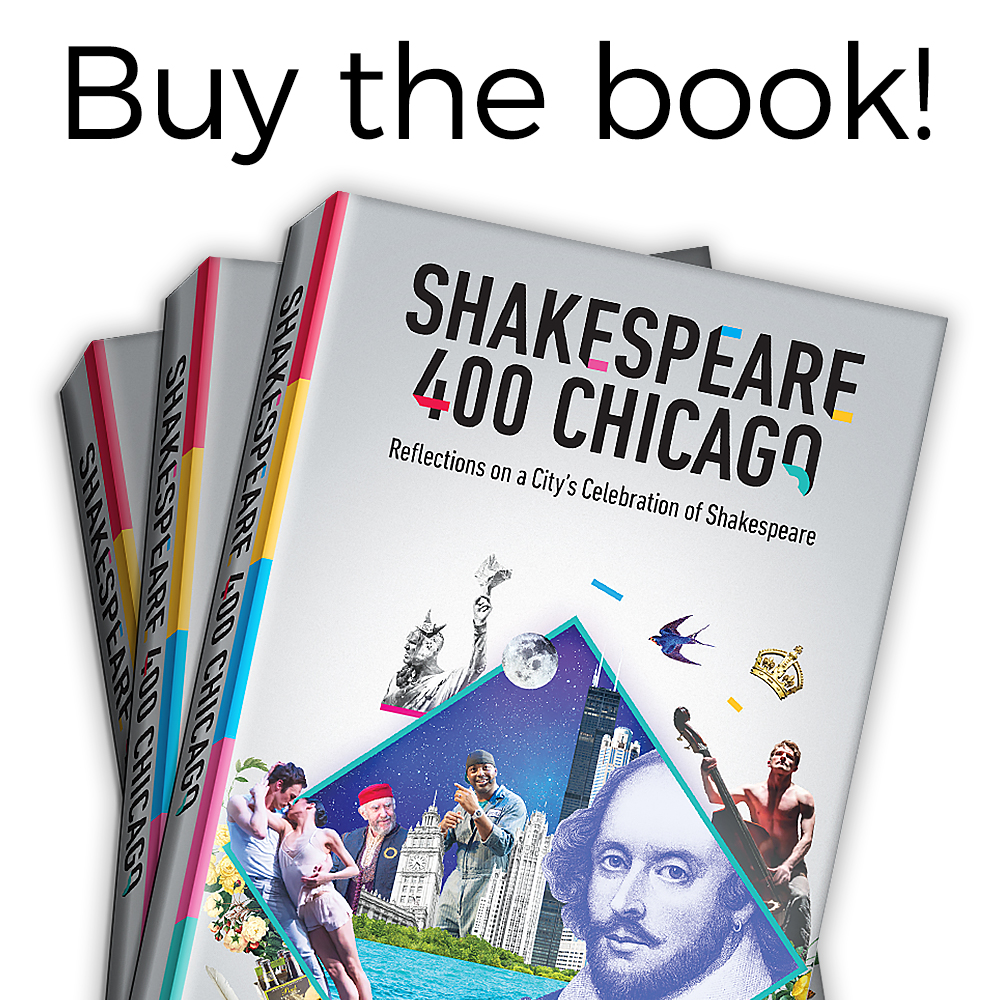